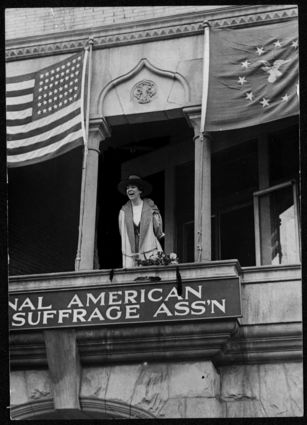 Montana's Jeannette Rankin, who became the first female elected to Congress in 1916, speaks to the National American Women's Suffrage Association on April 2, 1917, her first day in Congress.

This year marks the 100th anniversary of the amendment, and organizations across the country are hosting events and celebrations in commemoration.

The term suffrage, which is now defined as the...