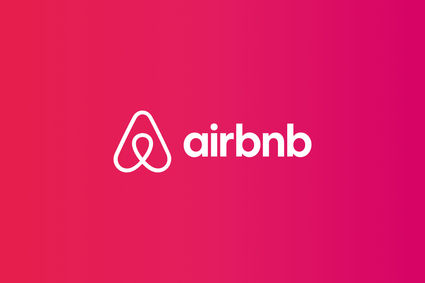 AirBnB and similar services allow individuals, called "hosts," to offer up second homes, cabins and spare rooms as short-term rentals. AirBnB currently shows nine listings in the Lincoln area, ranging from a private room to a camper to full cabins and houses.

Several studies over the last few years have stated that AirBnB rentals can raise the rental and housing prices in a community, while also driving down the availability of long-term rentals as property owners choose to rent through services like AirBnB instead of to long-term tenants.

However, the increased rental space for tourists can help boost local economies by bringing in visitors who stay and spend money locally.

Laurie Richards and her husband began renting their creek-front cabin through Evolve, a sort of property management company for short-term rentals that lists the property on multiple services, including AirBnB.

"We had done long-term rentals before, and it didn't work out," said Richards. "We had some pretty bad luck with the people that we had rented to, not only what they did to the property, but trying to get payment. We've owned this house on the creek since '91, and it needed a lot of work. We were either going to have to bulldoze it or fix it up. And then we decided to do the AirBnB," said Richards. "We opened it up July 1 of last year. It's been very good."

Short-term renting can also offer greater flexibility for property owners. Brenda Stark and her husband bought their AirBnB rental while their home was being built. "We planned to sell it, but I fell in love with the cabin."

Stark said her cabin is unavailable for rent from November-March so that it can be used by family members. "It's been good not to have it rented full time," she said.

AirBnB cites data from host and guest surveys that short-term rentals bring additional economic revenue to communities. A 2015 release from the company states that AirBnB visitors stay more than two times longer on a trip, spend more money than typical tourists and are more likely to return.

"I do know there are times throughout the year when our local hotels, who do a wonderful job, are full. I think the AirBnBs help our economy by allowing more people to stay in our town. Everybody benefits, the grocery store, the restaurants, all that," said Stark.

Both Richards and Stark shared that they've seen an increase in out-of-state visitors this year, once the travel ban was lifted.

"Lincoln is so good at hosting a lot of weekend events," said Stark, noting that the vast majority of renters last year were attending weekend events in Lincoln and had traveled from around Montana. "I've definitely hosted way more out of state than in state [this year]."

"There've been a lot of people from out of state. I think people just want to get away from their reality," said Richards, who said she has seen renters from Texas, West Virginia, Florida, Washington, California, and Utah.

Services like AirBnB, and Evolve can also provide property owners with a level of protection in case of damages. Hosts report any damages to the company, who takes on the responsibility of recouping those costs from the renters.

"I don't have the normal wear and tear of a full-time tenant," added Stark. "I can tell you, Lincoln is hurting for full-time rentals, too, though."