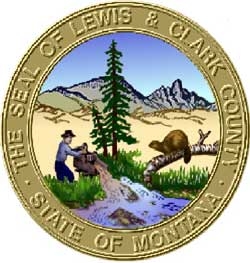 HELENA – Yesterday the Board of County Commissioners appointed Amy Reeves as the new Lewis and Clark County Treasurer/Clerk & Recorder.

Reeves has been an employee of the office's accounting department for 27 years. She brings a wealth of knowledge of the County's budgeting process and accounting practices to the position. She also has background and training in the other office departments, including Motor Vehicles and Elections.

"We need someone who can bring continuity to this office, while also bringing their own vision of what it should be," said Commission Chair Susan Good Geise. "This is not an interim position; this appointment is the real deal and holds all the authority as if she were elected by the voters. We feel Amy is the right person to step up to the challenge."

The position is an elected office; however, per statute, the BoCC must fill the elected office by appointment. Because the resignation will occur after July 31 in the second year of the current term before the general election, Reeves will serve until the end of the term, which is December 31, 2022.

The consolidated office includes the following offices: Treasurer, Clerk & Recorder, Auditor, and Local Registrar. The position also holds the offices of Assessor and Surveyor, although in name only as these have been assumed by the State of Montana and Lewis and Clark County Public Works, respectively.