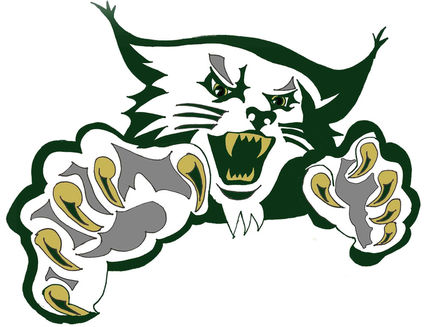 Lincoln Public Schools released new guidelines for attendance at sporting events Sept. 10, a week after the Lewis and Clark Board of Health approved an amendment to exclude youth activities from the health order limiting gatherings to 250 people.

Under the guidelines, a limited number of spectators are now allowed at both volleyball and football games.

Lincoln Schools Athletic Director Shane Brown said he's provided 40 passes for family members of volleyball players. He said they can fit a maximum of 40 Lincoln fans on the bleachers on the west side of the gym, and up to 12 visiting fans on the east side. Use of the family-member passes is designed to help meet the attendance guidelines. There may be room for some non-family member fans, depending on family-member attendance.

Spectators are asked to maintain six feet of social distancing during games. Distances will be marked on the bleachers in the gym, and along the sidelines of the football field.

To help with social distancing, vehicles will be allowed to park on the track behind the spectator's respective teams.

"We at Lincoln Public Schools want to practice the best possible procedures to ensure we are providing the safest environment for our students, parents, staff, officials, and fans," an information sheet from the school said.

As the school year started, Lewis and Clark Public Health originally banned spectators at games throughout the county, limiting all attendance to 50 in total, including players, coaches, staff and officials. However, The Lewis and Clark City-County Board of Health revised that decision Sept. 3, based on a statement made by Gov. Steve Bullock in an Aug. 13 letter to the Association of Montana Public Health Official.

"It was never my intent to have the gathering limitation of 50 people...apply to schools or school-related activities," Bullock said in the letter.

The Board of Health amended health order 10-2020 to exclude youth activities, both community-based and school sanctioned, from the order that limited events and gatherings to 250 people. Instead of being considered a single event, spectators are now considered a separate event from the activity. As such, spectators will still be limited to a maximum of 250, and a plan will have to be submitted and approved for attendance of 50 and 250 fans.

In their information sheet, the school noted the guidelines can change as statistics and recommendations change and that Lewis and Clark Public Health can shut down extra- and co-cirricular actives if the guidelines aren't followed.

Since COVID-19 is continuing to evolve, it's too early to know how things will play out for basketball season.

"If everything is the way it is right now, we'll still be limited on passes for basketball season, which is going to be very frustrating," Brown said. However, he noted there has been preliminary talk among the athletic directors about ways to help. One possible idea included splitting home and away games. For example, the boys might play Drummond in Lincoln, and on the same night, the girls would travel to Drummond to play there.

Fans traveling to attend away games need to realize the rules for attendance will vary county by county. Brown said most schools are allowing two per player, but usually have a cap of 20 visiting spectators. Schools like Granite and Drummond don't currently have caps on attendance, since Granite County currently has only four active cases of COVID-19. Counties with four or fewer cases don't fall under the governor's directive limiting gathering sizes.