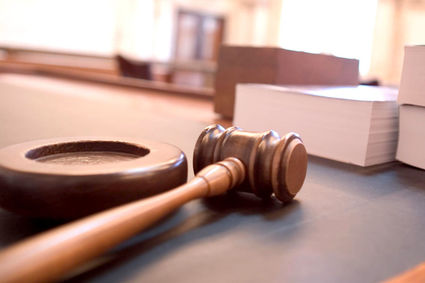 In a decision issued after the BVD print edition went to press Tuesday morning, , the Montana Supreme Court Tuesday stayed a Sept. 25 order by district court Judge Donald Harris that required ballots to simply be postmarked by Election Day to be counted.

The decision reinstates the requirement under state law that says ballots must be in the possession of elections officials by 8 p.m. on Election Day.

In his decision, Harris changed the deadline to a postmark deadline out of concern around inconsistent mailed delivery and the COVID-19 related mail-in balloting in 45 of Montana's 56 counties.

In the decision, the seven justices concurred with Montana Secretary of State Corey Stapleton that the change would cause confusion and interfere with the state's ability to administer and orderly general election process that's already underway.

The Court also blocked Harris’s nine-day extension of the “cure deadline” for disputed ballots, which allows voters to correct questions or discrepancies in ballots returned by mail. Under state law, votes have until 5 p.m. the day after the election to have the discrepancies corrected.

The justices affirmed Harris's decision that overturned the Ballot Interference Protection Act, which limited the number of ballots one person can deliver to an elections office to six.

In a Sept. 25 decision, District Judge Donald Harris with the Montana 13th Judicial District Court extended the state's mail-in balloting deadline for the 2020 general election, directing that all ballots postmarked by the Nov. 3 election day must be counted if they are received by county elections offices by 3 p.m. on the following Monday, Nov. 7.

The decision in the case brought by Robyn Driscoll, the Montana Democratic party and the Democratic Senatorial Campaign Committee also determined the state's Ballot Interference Prevention Act violated the Montana Constitution, and extended the "Cure Deadline" for deficient ballots just for the upcoming election.

Harris found the Election Day Receipt Deadline statute violates Montana's Constitution by burdening the right to vote and by denying the right to due process. He found that since mail delivery times vary some voters will have quicker delivery of their ballots than others, and that voters with less experience voting by mail are more likely to be disenfranchised.

Harris wrote that moving the Election Day receipt deadline to a postmark deadline would alleviate pressures voters are facing in the November 2020 general election and result in fewer disenfranchised voters.

Additionally, Harris' decision changes the "Cure Deadline," which allows voters to correct deficiencies in their ballots. Originally, the deadline required cured ballots be returned to the election office by 5 p.m. the day after election day, or postmarked by that time if it's an absentee ballot. Harris' decision moves that deadline out to the second Thursday after Election Day.

Harris found that BIPA violated the rights to free speech and association under the state constitution, and that the act's definition of the term 'acquaintance' was vague and a violation of due process rights.

"The burdens BIPA places on voting fall disproportionately on the poor; the elderly; the disabled; inexperienced voters; those who cannot miss work to vote; Native Americans, especially those living on rural Native American tribal lands; students; and those whose work and family care responsibilities significantly limit their ability to return their absentee ballot on their own," Harris wrote.

In an e-mail to the BVD, Lewis and Clark County Elections Supervisor Audrey McCue said they had already printed voting instructions with the usual deadline and were beginning to prepare packets to mail to voters, but are waiting until they know more about Harris' decision. She said they are looking at options including a possible reprint of the instructions or an insert with the new information.

The Elections office is still recommending that people who haven't mailed their ballots a week before election Day still drop them off in person before Election Day, due to the possibility of an appeal.

Locally, voters who prefer to drop their ballots off in person on Election Day can do so in Lincoln at the community hall from 7 a.m. to 8 p.m. Nov. 3. However, voters who choose to do so will have to bring in the ballot they were mailed, since replacement ballots will not be available.

Voters can also return ballots to the City-County Building at 316 N Park Ave. in Helena; to the East Helena City Hall at 306 E Main in East Helena; to the Augusta Youth/Senior Center at 132 Main St., Augusta or to the Wolf Creek School at 150 Walsh, Wolf Creek.