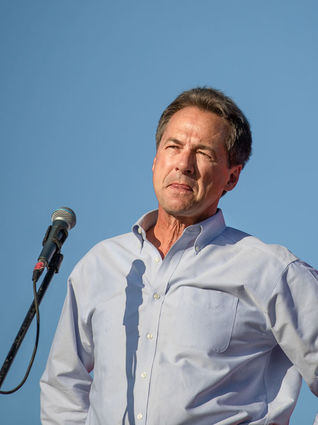 Montana Governor and candidate for U.S. Senate Steve Bullock speaks over the radio to a gathered socially-distant audience in cars during the 'Drive-In Feed' hosted by Montana Democrats at the Little Shell Cultural Center near Great Falls, Montana on Sept. 4, 2020.

Montana will not play much of a role in the battle between President Donald Trump and former Vice President Joe Biden, but in the fight to control the U.S. Senate, the clash between Gov. Steve Bullock and incumbent Sen. Steve Daines looms large.

Daines, a Republican, seemed likely to cruise to re-election until the Democratic governor announced on the last possible day his decision to enter the...