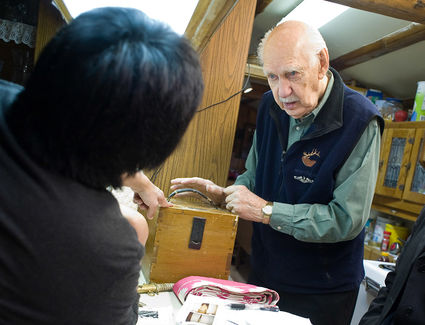 Harry Arvidson discusses his experience on the I-400 Japanese super sub at the end of WWII with a Japanese TV production crew who visited him in 2015.

Harry Arvidson was a Navy submariner during World War II and was part of the crew to which the Japanese "super submarine" I-400 surrendered at the end of the war.