Reported COVID cases may not tell full story for Lincoln 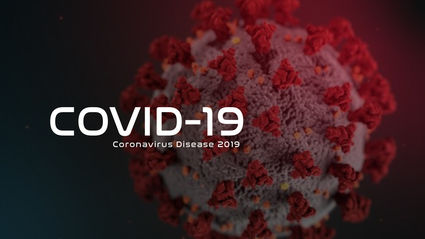 COVID-19 cases are spiking throughout Lewis and Clark County, and Lincoln Volunteer Ambulance President Aaron Birkholz, has serious concerns that the number of cases in Lincoln is far higher than officially reported.

On Monday the county reported a total of 1850 cases since March, with 860 currently active cases, 11 hospitalizations and nine deaths. Case rates in the county began taking off in late September and on Nov.12 hit a high (so far) of 96 cases reported that day.

Birkholz said the official state database shows just two confirmed active cases in Lincoln, however he's personally aware of at least seven confirmed cases in the community. He estimates that at least 30 or so people in Lincoln likely have COVID-19, based on unprotected close contacts he's aware of among those who have tested positive.

"When I look at the ones I know who are positive and then find out where they've been two days prior to their symptoms.... the numbers have just tripled," he said.

"It's getting ready to run rampant in Lincoln, if it's not already," he said.

Birkholz also has concerns about the number of customers and employees alike in some of Lincoln's keystone establishments who don't seem to take mask wearing seriously or abide by state and county requirements.

In a Nov. 10 report in the Helena Independent Record on county caseloads, Lewis and Clark County Health Officer Drenda Niemann noted that a questionnaire sent to infected individual showed "a good percentage" of them contracted the virus at bars, restaurants or casinos.

Despite being a politically charged topic, Birkholz said he comes at COVID-19 from the perspective of a health care professional who is seeing numbers in town increasing, and he's concerned that so many people in Lincoln still don't seem to be paying attention or to care.

"People's mindset is that this isn't a bad virus," he said. "Yeah, it may not be bad to the younger people, but our community has a huge population of elderly people. Those elderly people, if they catch it, chances are they're going to go to an ICU, get put on a ventilator and die. That's the cold, hard truth."

Given the overwhelming case numbers being seen in counties like Lewis and Clark, Birkholz believes people really need to begin taking COVID-19 seriously.

"If you have any kind of symptoms, you have to quarantine yourself. I don't care if it's cold symptom, I don't care what. We need to get it out of our community," he said, adding that people who have symptoms need to get right in and get tested. "It's going to be a process, but they need to quarantine. And people need to be wearing their masks."