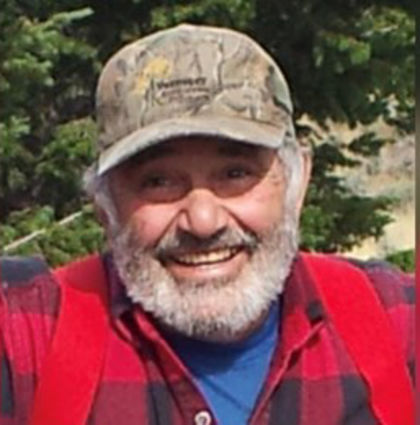 Bob was a lifelong entrepreneur starting with his first job at the age of nine as a newspaper carrier for the Great Falls Tribune, where his father was the City Editor. He graduated from Great Falls High in 1958 where he excelled as an athlete in both football and wrestling. His competitive drive was unmatched, as anyone whom ever met him can attest. When Bob set his mind to something there were no barriers capable of discouraging him from achieving his goal. To fulfill his competitive spirit, Bob began playing handball. Thousands of hours of study, training, disciplined and focus ultimately led him to several state handball titles.

Upon graduation from high school, Bob attended the University of Montana until his father’s early passing in 1959. He returned to Great Falls to care for his mother and brother where he met and married his wife of 57 years Toni Marie Joseph of Butte America.

Bob was an avid outdoorsman and following the passing of his father, uncle George and aunt Helen Forzley continued to mentor and fuel this passion.

Together Bob and Toni began their amazing journey of building their family. They had four children Terri, Bill, MaryAnn, and Michael. Bob’s children, along with his wife Toni, were the highlight of his universe. There was no mountain too high or river too wide to interfere with Bob’s determination to provide his wife and children with each and every opportunity they sought to pursue. His love for his family was complete and infectious to all that had the opportunity to know him.

Bob’s professional life was also successful. In 1964 he began his sales career selling housewares. His success in sales soon led him to form his own business, BTZ Agency, in housewares, where employed his own sales staff and opened offices throughout the northwest. Bob and Toni moved to Butte and carried on the business for three years; then returning to Great Falls, they started Holiday Housewares that later transitioned into Holiday Motors. Bob and Toni successfully operated Holiday Motors, among many other ventures, until his retirement in 2010.

Despite his recognition and success throughout Montana as an entrepreneur and businessman, Bob was unquestionably best known for his passion for the sport of wrestling. The Zadick family logged tens of thousands of miles from coast to coast and across international borders taking sons Bill and Mike and hundreds of Montana kids to tournaments and training camps. In 1981 Bob became the head coach of the Northern Montana Wrestling Club. This began a path for Bob that soon became his life’s desire, second only to his passion for his family. Bob instilled toughness, integrity, love, discipline, work ethic, ambition and most importantly – self-confidence, in thousands of kids throughout his tenure in the sport of wrestling. Through his dedication to the sport, Bob gained friendships with hundreds, the notoriety of others and the unrivaled distinction of being kicked out of hundreds of gymnasiums throughout the United States. His intensity was fueled by those he loved and cared for combined with his desire for their success. Furthermore, he was never going to allow the poor eyesight of a referee to interfere with the success of his athletes.

One of his many strengths was his ability to see greatness in others that even they themselves did realize. Since he returned home to his heavenly father, the family has received countless messages from Bob’s former athletes and friends expressing sentiments of how he changed the course of their lives for the better. The family is deeply grateful for all of the wishes and prayers.

In lieu of flowers, The Bob Zadick Wrestling Memorial Fund has been established to continue the values Bob lived by and instilled in others.