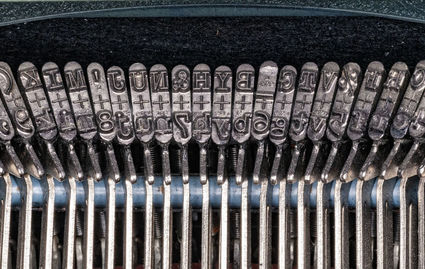 Last week the BVD published a story regarding COVID-19 cases in Lincoln, based on information provided by Lincoln Volunteer Ambulance President Aaron Birkholz. I published the story because I felt it was timely, given the increasing caseload in the county, and important for people to recognize there is a far higher COVID-19 risk in Lincoln than most people are probably aware of.

Last weekend I learned that, following the story, Aaron has received negative backlash for the information and perspective he provided. According to recent Facebook post, the response has led to his decision to stop providing such information.

That decision, and the response that prompted it, will have a direct impact on our ability to provide local reporting on COVID-19 in Lincoln.

There is no official running daily tracker for COVID-19 cases and deaths in Lincoln, and Lewis and Clark Public Health will not provide localized COVID-19 information, only county-wide figures. Even if they were to give us official local numbers, as Birkholz pointed out last week, that number isn't reflective of the actual number of cases in the community due to the time-lag in testing and reporting through official channels.

So, why did we publish the information from Birkholz if he didn't have up-to-the minute, official numbers? Simple: nobody has those for Lincoln . Yet, when it comes to having an understanding of COVID-19 caseload in Lincoln, he has been forthcoming with information to help the community, and far more tuned in to the situation than we are. Even if the number of confirmed cases he personally knew about last week was unofficial (and probably on the low side), he was willing to share what information he could to keep Lincoln informed and safe.

I don't know what was said to him or, or by whom, but anyone giving Aaron hell for sharing information important to the community needs to take a step back and get some perspective.

Yes, this may be a pandemic that most people will survive but he wasn't being some alarmist Chicken Little crying that the sky is falling. Rather, he's the head of an ambulance service in a small town looking down the barrel of a growing health crisis that has the potential to claim the lives of elderly friends, neighbors or family. Put yourself in his shoes. Would you want to see yourself or your fellow EMTs have to take those folks on what could be their final trip? Or would you rather try to get the word out however you could to get people's attention and try to convince them to take steps that may be unpopular but that could save lives?

I hope Aaron changes his mind about keeping us informed. Uncomfortable realities don't go away just because you don't see them. But I won't blame him if he doesn't. Having people drop a deuce on your head for trying to help out tends to get tiresome real fast