Nine months into COVID, concerns about impact of isolation on Lincoln seniors grow 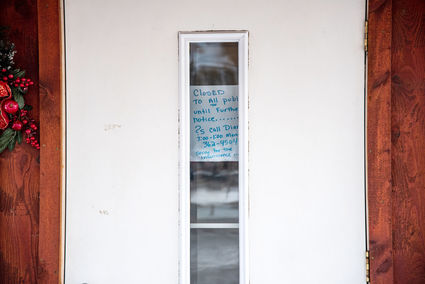 A sign in the window on the Lincoln Senior Center door notes the building's closure to the public. (Roger Dey Photo)

The Lincoln Senior Center closed their doors to in-person dining and activities in mid-March due to the coronavirus pandemic.

It's been nearly nine months, and seniors are feeling the impact.

"I just feel like seniors got punished a lot on this whole deal," said Denny Peterson, Senior Citizen Board President.

"It started out, we were having our lunches there, and they canceled that, even though there was space," said Peterson, adding that outside of the Community Hall, the Senior Center is bigger than most other places in Lincoln and provides room for social distancing.

"It's such a shame. We only pay a dollar a year for the rent for the center, but we pay the heat and the bills, and we can't use it," said Peterson, noting that Diane Ironi still uses the building to provide meals for the seniors.

The Senior Center Board considered applying for a grant this spring that could have provided funding for repairs and upgrades, but without knowing if they could use the building, and due to the associated cost, they decided against it.

At first during the closure, seniors could pick up their meals at the back door of the Senior Center, which allowed for some opportunities to socialize and check in, said Peterson. However, once meals switched to a delivery-only service, that socialization opportunity was lost.

Peterson noted that County Health has encouraged seniors not to leave their houses, but that really limits social interactions.

Since the outset of the COVID-19 pandemic, older adults have been at the highest risk from the virus, which often exacerbates pre-existing conditions that develop with age. The Centers for Disease Control and Prevention reports that 8 out of 10 COVID-19 deaths in the US have been in adults aged 65 or older, a statistic that's generally held true in Montana. The risk has prompted closure of senior centers across the state and nation, but he effort to keep seniors safe from COVID has had the unintended consequence of increasing their isolation, which can be equally devastating.

Ironi, who works for the Senior Center, said that seniors are happy to see her when she delivers lunches, but because of social distancing, it can be hard to interact much.

"Right now, I see the depression," Ironi said. "Being by themselves, a lot of them don't have a dog or a cat. I'm just trying to spread the cheer because it's getting kinda gloomy out there. The one thing I've found is people like to look forward to things, and there's been none."

That includes the cancelation of the annual Senior Center Christmas party, which had 50 attendees last year.

In addition to in-person dining, the Senior Center also had to cancel its weekly opportunities to play dominoes and pinochle and regular wood-carving meetups.

"It was all different groups, but they got there to socialize," said Peterson. "For seniors, that was our get out for the day. But they've canceled all the other activities."

Without these, some seniors took the opportunity to play BINGO at Lambkin's or to organize smaller groups to play at people's houses.

"Most of the people that came in and played BINGO, they were seniors," said Peterson. "You'd ask them and they don't care if they win. They just want to socialize."

"So many seniors, they don't even have computers, so now you're really isolated. So many of them aren't on social media," said Peterson. "It's really nice for seniors' families to call them every now and then. That's probably the biggest thing with most people. You have so much time sitting around. You get so tired of watching television." 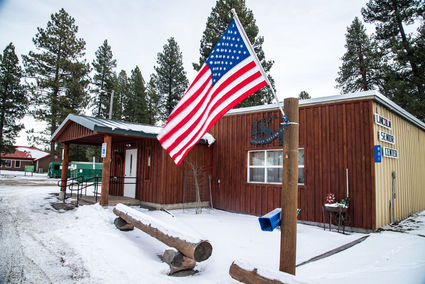 Rocky Mountain Development Center has begun offering online programs and events to engage with seniors. These include morning chats twice a week, yoga sessions, movies with the American Association of Retired Persons and educational series. In a Dec. 3 Facebook post RMDC also announced that CARES Act and Blue Cross Blue Shield funding will pay for robotic pets and brains stimulation tools for qualified seniors in Broadwater, Jefferson, Gallatin, Lewis & Clark, Meagher, and Park counties, to help relieve loneliness and isolation. The announcement notes that studies have shown robotic pets can provide comfort, especially to individuals affected by dementia, Alzheimer's and other cognitive disorders. Contact the Area IV Agency on Aging at 1-800-551-3191 for more information.