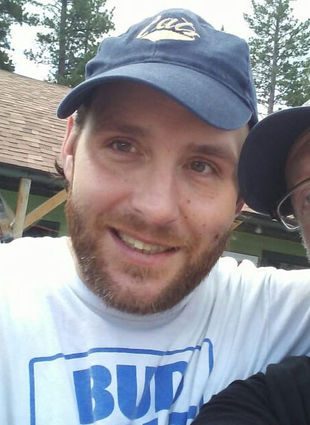 Michael Thomas Krajewski, 40, of Lincoln, passed away on Dec. 2, 2020 after a heroic battle with kidney cancer.

Michael was born in Scranton, Pa. on June 7, 1980 and adopted by Walter and Kathleen Krajewski. He attended Bonneville High School in Ogden, Utah, graduating in 1998. On March 21st, 2016 he married the love of his life, Michael Haag-Jahsman. Together they moved to Lincoln, Montana in 2017 where they found happiness, friends, and their place in a loving community.

Michael loved cooking and feeding those around him. He was able to turn that passion into a successful career. He found joy in all things creative and filled his home with music and song. He performed daily "concerts" for his husband and their fur-babies (Moo, Boots, Rags, Beans and Piggy). His love of the written word was evident to anyone who was lucky enough to have a conversation about books with him. The Kingkiller Chronicles and Harry Potter were two of his favorite modern-day book series.

Michael is preceded in death by his mother, Kathleen Nielsen, and stepfather Max Nielsen.

Michael is survived by his husband, Michael Haag-Jahsman, his father, Walter Krajewski, his sisters, Tara and Meghan, and nephews, Braden and William.

A celebration of his life will be held at a later date. In lieu of flowers, please make a donation to Kidney cancer research – http://www.kidneycancer.org/ways-to-give - or your favorite animal rescue or charity.

"Some people live more in 20 years than others do in 80. It's not the time that matters, it's the person." - The Doctor (Doctor Who)