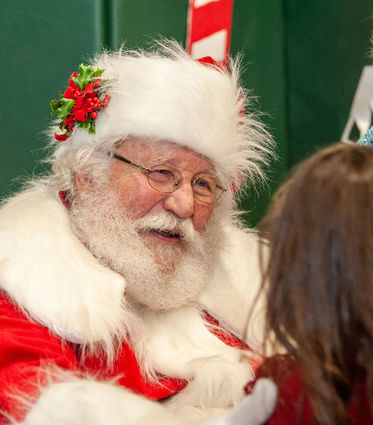 Bob Armstrong talks to a youngster during his encore performance as Santa Claus at the Lincoln School in 2018. Armstong handed off the role to Rick Foreman in 2014, but stepped back in when Foreman had a scheduling conflict.

Bob Armstrong played Santa Claus in Lincoln for 30 years, and while he has been retired from that position since 2014, many still think of him as the face of Christmas in Lincoln.

Armstrong, who made a guest appearance in Lincoln as Santa in 2018, said this will be the first year since he started that he won't be a Santa at all.

"He does miss it," said Armstrong's wife, Trudy.