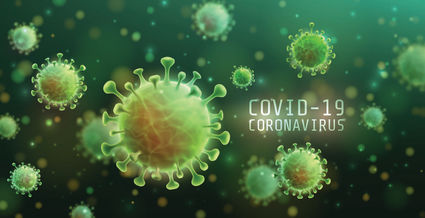 Verifiable numbers of COVID 19 cases for the community of Lincoln remain hard to verify, but Lincoln Volunteer Ambulance President Aaron Birkholz said there are currently 13 cases being reported in Lincoln through the state system.

"They're still in the active cases," he said Sunday, "so they're still within their quarantine time."

With family members included he estimates there are about 25 people here currently in quarantine for the virus. He said there have been a total of about 60 local cases that have been reported through the state system since the first case was reported in October.

Several issues factor into the difficulty in establishing a firm number for local cases. In addition to some lag associated with lab time, Birkholz has learned through conversations with Lewis and Clark county that issues in reporting cases to local Emergency Medical Services may also stems from testing done in other counties or at the Veterans Administration hospitals.

Birkholz estimates Lincoln has seen up to 150 cases in the community. He bases that on the number of confirmed cases in the system, the number of people who aren't yet in the state's database but have tested positive and let him know directly, and family members of those individuals. He said there are others in the community who probably have the virus but haven't gotten tested yet or have chosen not to be tested.

Birkholz believes the difficulty in establishing numbers locally is exacerbated because many people who have to work aren't getting tested, due to the time lag in testing and the quarantine requirements. Once a person is tested they have to go into quarantine until they get the results back, which can take a week or more. If they are positive they have to quarantine for an additional length of time, but if they're negative, they're already out a week of work.

"I think that's why the spread is still going," he said. Birkholz has recommended that anyone exhibiting symptoms quarantine and get tested, to prevent the spread of the virus to vulnerable members of the community.

Statewide COVID-19 numbers began to spike in October, reaching a peak of 1628 cases reported in one day Nov. 13. Lewis and Clark County has seen a dramatic uptick since October as well, reaching a peak of 175 cases in one day on Dec. 3. In the last two weeks, case numbers have been declining, but there are concerns the numbers will spike again after the Christmas holidays. On Monday, Montana had seen a total of 77,324 cases and 881 deaths, while the county reported 4337 total cases and 34 deaths.

The COVID-19 vaccines that are being rolled out to high priority groups have yet to reach Lincoln, but from his conversations with the county, Birkholz said Lincoln ambulance, fire personnel and teachers should be getting vaccinated within the next week or two, which is in keeping with the recommendations announced Sunday by the Centers for Disease Control and Prevention. The CDC recommendations, which came as the newly authorized Moderna vaccine began shipping, identified seniors, essential workers and people with underlying health issues as the next priority groups. First responders and teachers are identified as essential workers.

Healthcare workers and residents of long-term care facilities were the highest priority group to be vaccinated following the release of the Pfizer-BioNtech vaccine Dec. 14. According to the Montana Department of Health and Human Services, more than 3000 Montana healthcare workers had received the vaccine by Dec. 18. The state is set to receive nearly 7000 doses of the Pfizer vaccine for long-term care facilities this week.

Although nothing has been confirmed yet, Birkholz said by the end of January they expect to see the first doses of the vaccine to Lincoln for people over 65 or for people with significant underlying health problems.