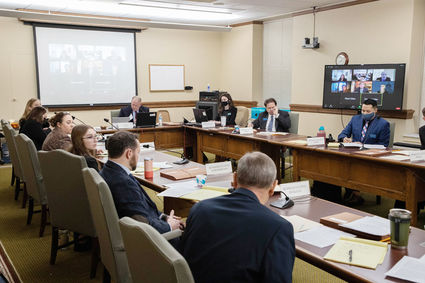 Members of the House Judiciary Committee hear testimony on House Bill 112 during a meeting Monday. The bill was part of a pair introduced by Rep. John Fuller, R-Whitefish, that seek to ban transgender women and girls from competing in women's sports and ban gender-affirming treatments for minors experiencing gender dysphoria, respectively.