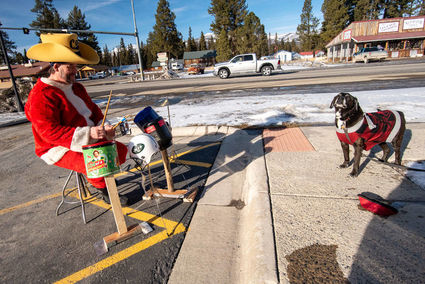 Jim Oly bangs out a tune - he admits he only knows the one - on his makeshift drum set in the parking lot of Citizens Alliance Bank Sunday, Jan. 31.

Jim Oly, who debuted his drumming for Lincoln on Dec. 6 - while dressed as Santa to spread some cheer - kept folks around parts of western Montana entertained with his musical endeavor and offbeat humor during the holidays. He returned to Lincoln for the encore performance as a benefit for the Lincoln Food Bank. 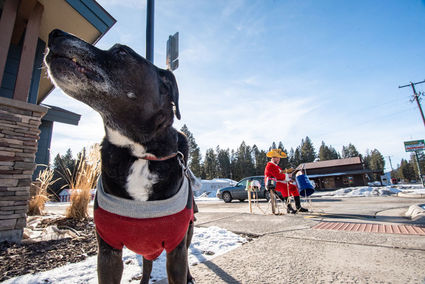 Trooper, Oly's best buddy, adds his vocals to the beat.

During his two hour 'set,' a number of people stopped by, donating about 100 pounds of food, as well as some cash, for the Food Bank.

Oly said the effort was in honor of his friend Pake and his dog Gus, who died recently in a car accident.