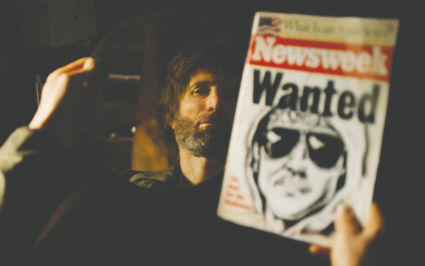 In a production still form the movie, Sharlto Copley, in character as Ted Kaczynski, compares his reflection to the infamous 'Unabomer' sketch.

The film stars Sharlto Copley as Ted Kaczynski and "portrays him here on the basis of his diary entries and his written pamphlets," according to the Berlinale film description. The description goes on to say music and intense images combine with text fragments to "...