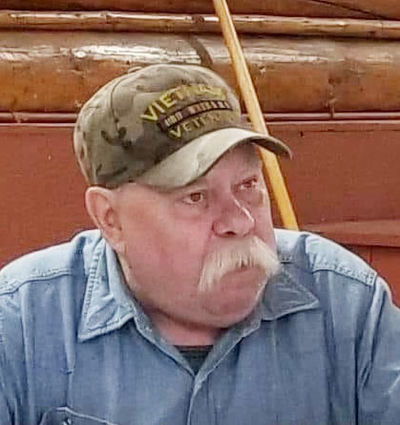 As children of a park ranger, Geno and his three brothers - Robert, Gary and Tom - attended school all over the country and were blessed to be able to live in some of the most beautiful areas in the nation including Glacier, Sequoia, Bryce Canyon and Big Bend.

When he graduated high school in St. Louis, Geno enlisted in the Army. After proudly serving his country in Vietnam, he returned to Montana and continued his service in the Army National Guard until 1988. Geno spent time as a wildland firefighter and also followed in his father's footsteps to work for the National Park Service in Yellowstone. Geno served as a VFW member and continued to man the barbeque during Lincoln's cemetery cleanup day each May.

Geno married Sandra Perkl in 1978 and they had two children, Jennifer and Sarah before divorcing in 1989.

Geno enjoyed time with friends canoeing the Blackfoot and Missouri rivers, riding his horse in the mountains and in later years, he could often be seen riding around Lincoln on his four-wheeler, with a canine companion riding shotgun.

He is preceded in death by his dad (Robert), brother Tom and mother Marion. He is survived by brothers Gary and Bob, daughters Jennifer (Mike) and Sarah and three grandchildren, Devon, Cheyenne and Joey, and his dog, Chloe.