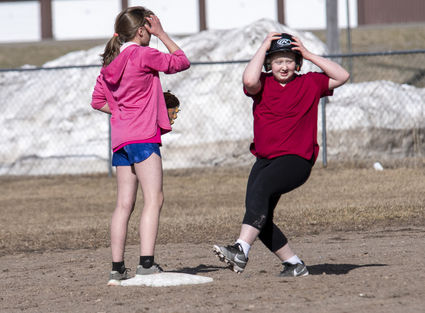 Leah Tams holds on to her helmet as she gets a step closer to second base.

Shane Smith, who had been driving his son to Helena to play for three years, said some parents and volunteers got together this spring to try to coordinate a Lincoln team.

"It was just an idea we started throwing around to other people to see...