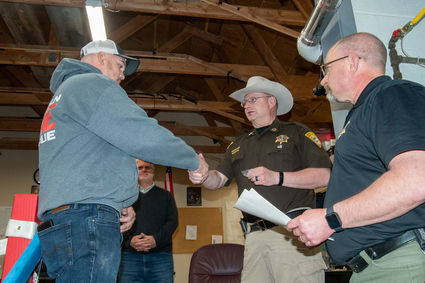 The Lewis and Clark County Sheriff's Office awarded Lincoln's Aaron Birkholz with their Achievement Award during Lincoln's May 7 Government Day meeting, for his role in resolving an armed standoff in March.

The Sheriff's office recognized Birkholz for successfully convincing Gary Scheele, who found himself in a five-hour standoff with law enforcement March 2, to put away his weapons and surrend...