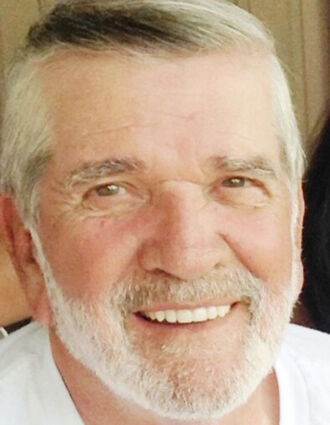 Jim was born June 6, 1937 to Ernest and Ellen Cox and was blessed with four siblings. He was a graduate of Central Catholic High School in 1955. Shortly after graduating, he married Lois Julien on June 16, 1956. After marrying, Jim and Lois welcomed their first child in 1957. Years later they moved the family to California where they welcomed their last child in 1966. Jim and Lois later divorced and Jim married Anna Crookes on October 14, 1979. Anna welcomed Jim's children like her own and has been a huge part of each and every one of their lives in every sense, she is a second mother.

Jim spent most of his career in the trucking industry and eventually starting his own company "Dexanna" with partner Larry DeKalb.  Jim and Anna moved to Lincoln, Mont. in 1999 and built a house onto a garage they had purchased a few years prior. They were both busy keeping up their beautiful yard they created on the base of the Rocky Mountains. Every free chance Jim had, you could find him at the golf course, usually in Helena. Jim's passion was golfing and he would go most days if the weather cooperated, including every month of the year. Jim loved everyone in his family deeply.

There will be no services per his wishes. To share condolences with the family visit http://www.croxfordfuneralhome.com