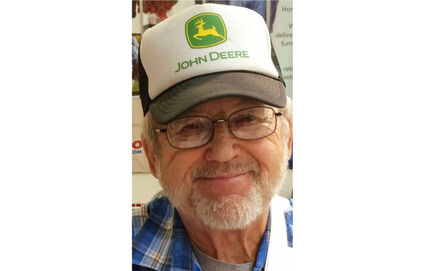 On December 10, 2021, Lowell "Lonny" Cox, age 73, passed away at home under the care of his wife after an extended battle with cancer.

Lowell Dean Cox was born on May 25, 1948 to Esther M. and William Rodger Cox, Jr in Helena, Mont. He joined a brother William (Sonny) R. Cox, III and a sister Myrth Cox Strainer. He was later joined by a brother Blaine Cox.

On July 12, 1968, Lonny joined the U.S. Army Combat Engineers, training in Virginia. Lonny served two tours in Vietnam, April 1969 to April 1970 and November 1970-April 1971. He was a Seargent in the Army when he was discharged. He was wounded in Vietnam and was a recipient of a purple heart.

Upon discharge from the Army, Lonny went to work for Asarco in East Helena. Later he worked for G&N Enterprises where he honed his skills as an equipment operator. He returned to work at Asarco from where he later retired.

On Sept. 27, 1996, he married Madelyn "Mandie" Harper of Lincoln. A daughter, Destiny Deanielle was born on Aug. 18, 1997. Lonny had three children from a previous marriage, Johnathon Cox, Tina Cox Marcum, and Opal Cox. Lonny and Mandie lived at the family homestead near Lincoln, Mont. They recently celebrated their 25th wedding anniversary.

After retirement, Lonny was always busy with various projects around the Lincoln area. Lonny was very community oriented and did many projects with Hooper Park, Sculpture in the Wild, Lincoln Gulch Cemetery, and American Legion Post 9 Honor Guard. Lonny was always willing to help someone out no matter what time of day or night.

A celebration of his life will be scheduled in the spring.