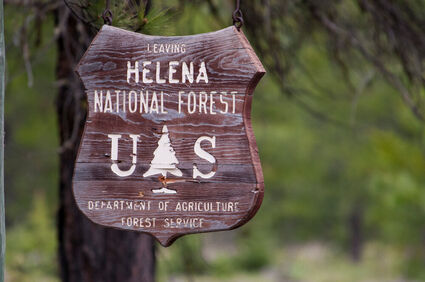 Emergency services in Lincoln now have more reliable communications thanks to two Emergency Medical Services grants from the Montana Department of Transportation awarded to the Lincoln Volunteer Ambulance and Lincoln Volunteer Fire Rescue.

Aaron Birkholz, who serves as the president of the LVA and as EMS chief for LVFR, said the radios they have been relying on are pushing 20 years old, dating to when Lewis and Clark County installed a new antenna for their trunking radio system on Stonewall Mountain.

"They were dying out and we weren't even able to find parts for them anymore," he said "We had to upgrade. The problem was that radios range between $4000 and $7000 apiece. (The ambulance) would have never been able to afford those on our own, so we applied for the grant and got it."

"Before, not all (ambulance) members were able to have radios," Birkholz said. "So, we didn't know who was responding. It was a liability because they didn't have any contact sometimes if they were on call or in houses." He said they could use cell phones in a pinch, but those lost coverage once they left the Lincoln area.

Lincoln Fire was in slightly better shape, having bought a few Bendix radios as a stopgap as their old Motorolas failed. However, Lincoln Fire Chief Zach Muse said those radios transmit just fine but have notable issues with reception in Lincoln.

Muse said Lincoln Fire Rescue could still use a few more new radios; he limited the EMS grant request because they were also pursuing a grant for additional firefighting equipment – which ultimately wasn't successful – and wanted to be sure the fire department had matching funds for both.

The EMS grants provided by MDT are vital for ambulance services like the LVA, which aren't funded through the tax base and aren't considered essential services.

"It's so hard for the ambulance to get any kind of grants because were a non-profit EMS, so until the government of the state of Montana makes it to where EMS is an essential service, our funding is limited."

Although the Lincoln Fire District does receive tax base funding, the fire department also became eligible for the grants following its conversion to a Fire Rescue agency with EMS capability in 2014. Muse said the grants come through the MDT due in large part to vehicle accidents, which make up a sizable part of LVFR responses.

Despite the successful grant in 2020 for 20 radios, the Ambulance found out it had a major problem. The vendor they had ordered the new radios through quoted them a price for radios without the trunking programming needed to access the system used by emergency services and law enforcement in Lewis and Clark County. Trunked radios use several channels and allow many users to share them without interfering with one another.

"When we got them here and started to program them, the stuff that was needed for programming was missing," Birkholz said.

As a result, the LVA had to go back to the. state and request an extra $20,000 in funding for radios with the correct programming. Fortunately for the LVA, the state approved the extra money and, though it took some time, they were able to return the original radios and buy the correct ones.

Both Birkholz and Muse credit the success of the grants to Laura Nicolai, who has successfully written grants for Emergency Services in Lincoln many times.

"A big thanks to Laura for doing the grant, and the state for giving us the grant," Muse said.