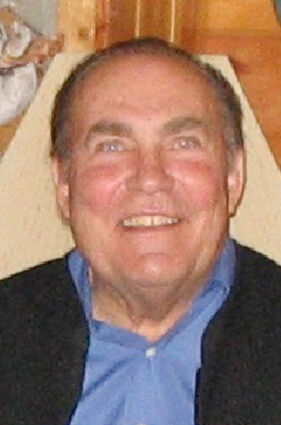 On Feb. 24, 2022, at the ripe old age of 90, Adolph "Audie" Lee Solvie peacefully left his winter home in Wickenburg, Arizona, and journeyed to the other side to join the Lord.

Audie was born to Adolph Solvie and Martha Mae Belle Lee, on Jan. 4, 1932, in Columbus, N.D., the youngest of four children.

Audie spent most of his youth in Saco, Mont. He later received a degree in business from the University of Montana in Missoula, where he met his first wife, Monna Mae Clausen. The two of them, along with their children, eventually moved to Conrad, Mont., where Audie began his entrepreneurial career, purchasing the local Ford dealership, Courtesy Ford. He was a born businessman. He and his longtime friend and business partner, Danny Felska, over time got involved in a myriad of ventures. Among those were the development of two shopping centers, one in Conrad and one in Cut Bank, and the renovation of a dilapidated hotel that would become one of Bozeman's finest, the GranTree Inn.

Audie was a much loved and admired citizen of Conrad, treating his employees like family and doing whatever he could to make the community a better place. One example was hosting the annual Ford Punt, Pass, and Kick contest for the youth of Conrad. During the annual Whoop-Up Trail Days, which consisted of a parade, rodeo, and other festivities, Audie would become "Audrey," slipping on a dress, false eyelashes, and a black curly wig. He would strut down the main street of Conrad, one hand holding a smoking cigar and the other a cold beer. Everyone in town knew to call him Audrey that day, and many good laughs were had.

Audie loved the outdoors. Bird hunting for pheasants and waterfowl in the Conrad and the Saco areas was his favorite. Other adventures included whitewater river rafting and horse pack trips into the Bob Marshall Wilderness. Golf, tennis, and alpine skiing with his children were other major activities.

Over time ranching became an interest and a bit of an obsession. Land for that purpose was eventually found in the Lincoln area. In no time, Audie had a small cabin and 40 head of hobby cows, which moved back and forth between the summer pastures of Lincoln and the cold winters of Conrad.

Audie's marriage to Monna ultimately ended, and some time after that, while getting to know the many folks in Lincoln, he met and married the new love of his life, Barbara (Barb) Garland. Barb joined Audie in Conrad for a few years, until a house was built in Whitefish, where the couple owned and operated the Remington Bar and Casino for more than 20 years.

Later, the house in Whitefish was sold, and a new home was built on the Lincoln ranch land, which had expanded greatly over the many years in the interim. That peaceful place is where the couple spent the summers and falls, enjoying the beautiful landscape and the elk and other wildlife that constantly made their presence known. Audie and Barb were just a few years short of their 50th wedding anniversary.

Audie was one of a kind, as anyone who knew him would attest. We miss him and love him, and he will forever be in our hearts and minds. He is survived by his wife Barbara, three children (Susan, Carl, and Douglas), three stepdaughters (Cecilia, Teresa, and Rebecca), and a host of grandchildren and great grandchildren. A memorial in Lincoln will be held sometime this coming summer.