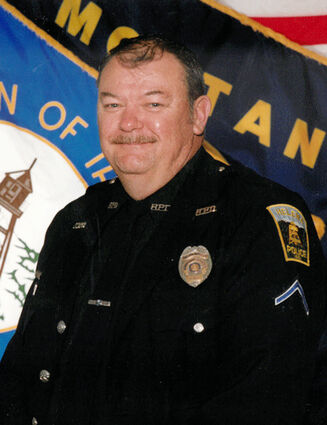 On the morning of May 27, 2022, James Lawrence McClure died peacefully at home comforted by his wife. Jim was born Oct. 10, 1948, to Lawrence "Larry" and Ruby (West) McClure in Colfax, Wash., where he spent his early childhood years playing with cousins and swimming at Newman Lake. In 1960 Larry, Ruby, Jim, and little sister Cheryl moved to Lincoln, Mont. to start a new adventure. The McClure family owned and operated the Phillip's 66 station where Jim learned many life lessons. He attended elementary and middle school in Lincoln and attended Helena High School. He loved driving fast and bragged about making it from the station to Helena High in 45 minutes and that was before Fletcher Pass was paved.

In 1969 Jim joined the Navy. He served on the USS Bon Homme Richard CVA-31 Aircraft Carrier and the USS Kitty Hawk CVA-63 Aircraft Carrier as a Boatswain's mate during the Vietnam Conflict. He was discharged in 1972.

In 1971 He married Glenna Longmire and had two daughters, Corey and Kellie. They later divorced but remained friends.

In 1972 he started his career in law enforcement at the Helena Airport as security, crash, fire, and rescue. In 1976 he was hired by the City of Helena Police Department. Big Jim was 6'6" tall and was often called to bar fights and domestic disturbances to break up the fights and "have a little chat" with the offenders.

In 1980 he moved back to Lincoln and became the resident deputy for Lewis and Clark County Sheriff's Office. Gentleman Jim treated the residents of Lincoln with respect and kindness while keeping the peace in his hometown. Often covering Lincoln to Augusta to Wolf Creek, he definitely honed his fast-driving skills.

In 1984 Naknek, Alaska became his home when he took a job for the Bristol Bay Police Department. Bears were as big of a threat as the criminals. Although the salmon was good he missed his family and moved back home in 1986. He worked for six months for his friend Fred Valiton at his security business. He was hired back at the Helena Police Department in 1987 and retired in 1998. He then worked at the Federal Reserve Bank and contract guard for the US Marshall Service. In 2000 he was hired as a court security officer for the Federal Court and officially retired in 2013 protecting his community for over 40 years.

He married Dauna Stewart in 1998 and gained another daughter, Brandi.

Most people that know Jim know his 1970 Dodge Challenger. He rebuilt the 440 special engine with his dad and enjoyed restoring his car to show quality. He joined the Big Sky Mopar Club and spent his summers showing his car for over thirty years.

A Celebration of Life will be June 25 at the LCC Lodge at 6311 Three Mile Rd off Birdseye Road from 2 p.m. until 5 p.m. Please stop by and share memory of Jim. There will be a cruise with the Mopar Club to the Lodge beginning at 1 p.m. at the old Shopko parking lot. All cars are welcome.