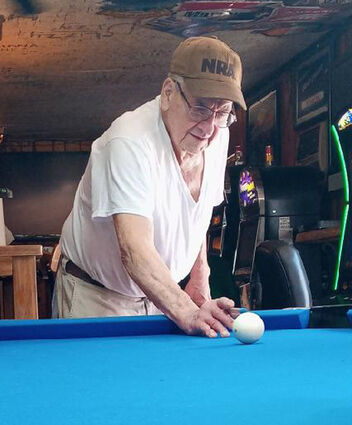 Ray was one of seven brothers and one sister born to Bert and Eunice (McKerrow) Maberry. Ray moved to Great Falls, Mont. where he met and married Joyce Spraklin. Ray and Joyce had Donna, Tim and Tom. Ray and Joyce eventually divorced.

Ray and Debra married December 23, 1979 and the family relocated to Lincoln. From his marriage to Debra he gained three sons, Kelly, Kevin and Todd. Ray and Debra were active in the community. One of their favorite hobbies was playing pool. The family even had a pool table in the home. Ray and Debbie owned Huckleberry Trailer Court, where many of the family members lived on and off throughout the years. You could easily find out if Ray or Deb were out by seeing their signature license plates, MRFIXIT and MRSFIXIT. There was not a person in the community Ray wouldn't help out. His kindness and generosity will surely be missed by all.

Service for Ray will be held Friday, September 23, 2022 at 2 p.m. at the Lincoln Community Hall, followed by a potluck. Ray and Debra will be laid to rest together in Missouri at a later date.