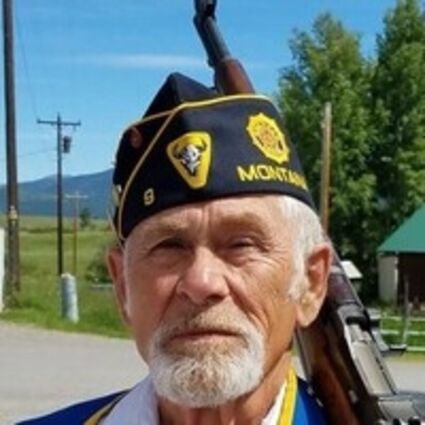 "They call me Rich. I've been Rich all my life. Not because I have money.

Richard Paul was the first child born to Edward and Jessie Paul. He was born May 31, 1938, in Great Falls, Mont. at the Columbus Hospital. He was joined by sisters, Patti and Sharen and brothers, Leonard and Charlie.

The Paul family lived in several places in the early years following Ed's work. In 1943 they moved to the outskirts of Great Falls (today we call it 39th street and 3rd Ave South). They finally settled in Black Eagle where Ed and Jessie lived out the rest of their lives.

Richard, as he was called by most of his family, graduated from Central Catholic High School in 1956. One of his favorite days of every month is when he met his former classmates for lunch.

He had some jobs he really liked and he had a few that were not his cup of tea, but they paid the bills, so he did it until he found something he liked better. He said that he never left a job without having a new one to start on the next workday. In January 1961, he joined the Montana Air National Guard. He retired in December of 1993. He would tell everyone that joining was the best decision he ever made.

In November 1961, he married his true love, Sharon Goodman "The Blonde". He always said he raised four daughters and a wife, but we know the truth... Mom did her best to raise him. She always asked him "Rich, when are you going to grow up?" He told her, "I'm not." So, together they raised Dawn, Shelbi, Richann and Danita. Their four girls gave them sons, grandkids, and great-grandkids galore! He followed his kids and grandkids in their activities in person and through streaming. He was the biggest and best cheerleader any of us ever had!

Rich was a charter member of the American Legion, Lincoln Post 9. He helped maintain more than 80 white crosses along Highway 200 from Mile Maker 33 to 127. He was instrumental in hanging more than 100 American Flags in Lincoln on 11 Federal Holidays. He participated in community events at every opportunity. Dear to his heart were the Annual Clothing Give Away, Santa's Workshop, the Annual Independence Day Parades in Lincoln and Ovando, and Military Funeral Honors for fallen Veterans.

He gave 218 pints of blood to the Red Cross over the course of 61 years.

He was an avid car nut. He built several "hot rods" with painted pink flame decked hoods and trunks. He put engines from one make into a different make. People would tell him it would not work but they always did. He could make darn near anything work. There was never a big obstacle for Rich. He was one of Montana's premier horseshoe pitchers and organizers for the sport in the glory days. He played softball and coached Meadow Gold Sports League Youth Sports. He was a bartender, a logger, a carpenter, and a mechanic. He did demolition work. He designed and built so many amazing things with the craftsmanship always beyond reproach. If The Blonde said she wanted it, well, you guessed it, she had it. He was a mostly self-taught master of trades across the board. He shared his skills, lessons, and experiences with many people over the years.

He was the youngest 84-year-old man you will ever meet. He lived every minute of every day. He loved with every ounce of his being. He was a son, brother, dad, grandpa, great-grandpa, uncle, and friend. He was a protector. To many, he was a legend and a hero. He never minced words. If he said it, he meant it. Anyone who met Rich will never, ever forget him. He had an impact of some sort on everyone. He was a mentor to most and a friend to all. He would help anyone with anything at any time.

Now you all have an idea of why he was Rich...

He was preceded in death by his wife, Sharon's parents; Ed and Jessie; brother Leonard; and sister Patti Brown. 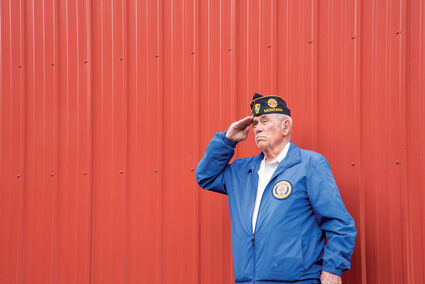 He is survived by his best friend Whiskey; his four daughters and the sons they brought to the family; 14 grandkids; and 13 great-grandkids. Sister, Sharen (Jack) Lee and family; Brother, Chuck (Paula) Paul and family; Patti's family; his favorite in-laws Vicki and Dan and their family; and of course, ALL OF YOU!!!

Dad left us to join Mom on Monday, Oct. 3, 2022, after he got his morning chores done. Our hearts are broken, but we know that he is bursting with joy! Catch ya' later Dad. We Love you!

Services for Richard "Rich" Paul will be held at his family home (5036 Parlin Park Lane in Lincoln) on Saturday October 15 at 12 p.m.. The presentation of military funeral honors will be held on the same day at 1 p.m.