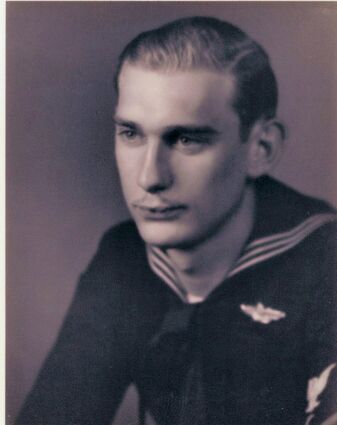 Harry August Arvidson, age 97, passed away on Oct. 18, 2022. He was a patient of the VA Hospital in Helena, Mont. and died due to COVID. He was born onMarch 19 1925 to August and Frances Arvidson in Miltona, Minn. He had three sisters; Elmira, Eldora and Ellen.

Leaving high school before graduation, Harry joined the US Navy at the age of 17. In 2001, he received his Honorary High School Diploma because of legislation enacted as Operation Recognition to recognize those who left their high school studies behind to serve their country in WWII.

Dad and Mom attended 8th grade together in Miltona, Minn. They became engaged during his month long leave from the Navy in 1944 and married Sept. 14, 1946, following his discharge at the end of WWII.

In the summer of 1956, they and their two children, Lynda (age 6) and Scott (age 3) moved to Conrad, Mont. They were in business in the Conrad Hotel restaurant for about a year. Dad then worked for Otto Thielmann at his meat packing plant. In January 1958, Harry and Lola purchased the Holm Ice Cream Shop on Main Street in Conrad. They changed the name to The Home Café. Their son and daughter-in-law, Scott and Pam, took ownership of Home Café in 1982. . . . that's 64 years of family-owned Home Café!

In 1988, Harry and Lola sold their Conrad home and moved to their log home in Lincoln spending the summers there and the winters in Apache Junction, AZ for nearly 25 years.

Harry served his country from 1942-1946 in the US Navy Submarine Service. His regular duty was Cook Third Class. While on war patrol #9 of the USS Pollack, he served as cook for a crew of 80 men. Harry's battle station post was Radar Observer. Harry is, no doubt, the last submariner in Montana to serve in WWII. At the end of the war when Japan surrendered, Harry was a member of a 40-man Prize Crew that went aboard the Japanese I-400 submarine. The Prize Crew accompanied more than 200 Japanese sailors of the I-400 as the submarine sailed into Tokyo Bay.

In 1972, Harry joined the U.S. Submarine Veterans of WWII organization. Harry and Lola attended many regional and national conventions, also hosting groups of submariners at their Lincoln home. Harry was the Montana State Commander of the association for many years. In 2007, the 53rd annual national convention was held in Billings, Mont. Harry and Lola, submariner wife Debbie Beaudry of Helena, daughter Lynda and son-in-law Jim hosted the nearly week-long event.

Harry and Lola were members of the Wally Bynum Caravan Club and traveled to many rallies in their Airstream trailer. They attended numerous regional and national conventions for many years.

Their years of spending winters in Apache Junction were filled with fun times with many friends. Since 2010, they resided in Lincoln year-round, enjoying their time there keeping busy with pinochle and dominoes with friends, volunteering, etc. Another passion of Harry's was furniture refinishing. Harry was a member of the American Legion Post 9 in Lincoln. He donated his 1967 Thunderbird as a raffle to raise money for the Post. He enjoyed the Post's yearly project with the Lincoln school children making various wood creations at Christmas.

Harry continued to live in his own home following the death of his wife, Lola, in March 2019. He had dear friends who cared for him and helped him. A heart-felt thank you to those friends. His Helena VA nurses who traveled to Lincoln to care for him this past year were very dear to him. 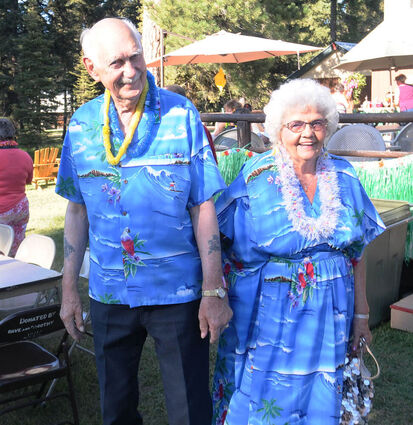 Harry was preceded in death by his wife, Lola; his parents, August and Frances Arvidson; his three sisters, Elmira, Eldora and Ellen. He is survived by his daughter and son-in-law, Jim and Lynda Cambron of Boise; his son and daughter-in-law, Scott and Pam Arvidson, of Conrad, Mont. He had three grandchildren, Shaloe (Leo) Brown of Medford, Ore .; Amanda (Mike Gustafson) of Conrad, and TJ (Michelle) Cambron of Boise, Idaho. He had six great grandchildren, Gage Cambron, Makana & Kaimana Brown, McKenna & Jaxon Arvidson, and Boston McLaughlin. He had many numerous nieces and nephews.

A Celebration of Life for Harry and Lola will be held May 6, 2023 at the Community Hall in Lincoln, Mont. Suggested memorial is the Lincoln Volunteer Ambulance or one of your choice. An online Guest Book and obituary is available at aswfuneralhome.com.