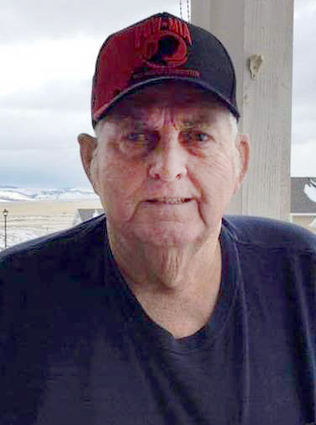 Paul was born on Aug. 24, 1946 to Earnest and Ola Belle Sanders in Memphis, Tennessee.

Paul was known by many names depending on when you entered his life. Growing up he was known as Paul Ed by his friends and family. As he grew and the wind blew him up from state to state for work as the chief maintenance engineer for Holiday Inn, he was Paul. Later in life when the winds finally blew him to Lincoln, Mont, he was simply known as the Colonel. Not sure if that was because he always had on a Vietnam Vets cap (which he wore with pride, respect and honor) or just simply because he still had a southern accent after all these years and his last name was Sanders. He joked that he was the younger brother and never saw a penny of that chicken money. To most he was "Friend."

Our family knew him simply as "Daddy." The devotion and love he had for his wife and kids was immeasurable. There was nothing he wouldn't do to take care of and provide for us. He was larger than life for us. He only wanted the best for those he loved and would do anything to see that they got that.

Paul had compassion and love for his fellow man, he was always willing to lend a hand to anyone who needed it.

Paul's number one priority was always his wife and kids. As he aged he wanted to give something back to his veteran family and would go out and buy food, clothing and whatever was needed to help his brothers who struggled with making ends meet. He was proud of his military service up until his last breath.

Those who knew him knew he felt any job worth doing was worth doing right. His life started as a farmer's son and his willingness to do his best made him the recipient of many nationwide awards for Holiday Inn for five years straight. His stressful and demanding work history forced him into early retirement, but that was simply when life got good. He and Paula were now free to live a life time of adventures and travel wherever their hearts took them. Most of the time it was next to a body of water for peace and quiet or walking and dreaming of their perfect life together.

In 1991, his little shadow, Brittney, was born and he discovered what it was like to be a granddad, or Papa, as she called him. Years of being stern and in charge melted away, she stole his heart and they were inseparable. The two shared a bond that lasted 27 years and will remain for a life time. The grandbabies and great-grandbabies brought him so much joy and happiness every day of his life; he loved his little giggly girls.

Paul was like a ripple on a calm lake. One small gesture and a chance meeting with him made an impact on your life. And those small ripples reached a lot of people. He was just a country boy raised in the river bottoms of Tennessee, but he will be missed from coast to coast because of his big heart, his sense of humor and his love of family and friends; he never knew a stranger – he spoke to everyone. You were simply a friend whose name he didn't know yet.

Daddy, we love you and will miss you. Until we meet again....

A graveside service with military honors will be held at 1 p.m. on Friday, Dec.21 in the committal shelter at the Montana State Veterans Cemetery at Fort Harrison.

A reception will follow the service at the Fort Harrison Service Club at Fort Harrison. Memorials in honor of Paul are suggested to Montana Veterans Foundation, 1112 Leslie Ave., Helena, MT 59601.

Please visit http://www.aswfuneralhome.com to offer the family a condolence or to share a memory of Paul.