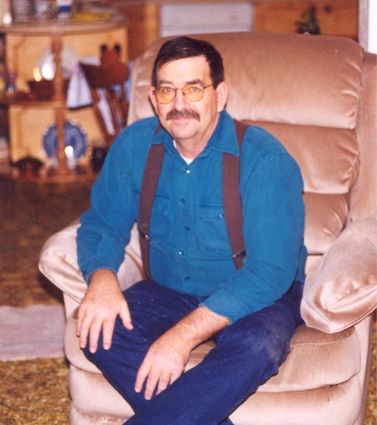 Andrew Bernard Anderson went to be with the Lord on Friday, January 18, 2019, at his home in Helena, Montana with his family present.

Andrew was born to Robert and Lillian Anderson in Havre, Montana on March 20, 1946. He was raised on the family farm at Augusta, Montana and attended Augusta grade school and high school. He enrolled at the Helena Vo-tech where he took a two-year course in diesel mechanics. In 1967, he finished the mechanics school, married Karleen Hammer from Lincoln, Montana, in May and left for the Army in August. Andrew was medically discharged from the Army in 1968 with kidney disease.

Andrew worked in Great Falls as a truck driver for several years. The couple welcomed daughter Karla Kay in 1969 followed by Lisa Marie in 1972 before relocating to the family farm in Augusta in 1975. Daughter Lana Lee completed the family in 1977. In 1986, the family moved to Helena and Andrew attended Helena Vo-Tech for auto mechanics under the Gl bill.

Upon completion of school, Andrew worked for the federal government with the GSA motor pool until 1997 when he had to take a medical retirement and began his first stint of dialysis for kidney failure. Andrew was on dialysis until 2000 when he received a transplant. He enjoyed 10 years of better health before he was forced to return to home hemodialysis. While on dialysis he continued to farm and do mechanic works on his little farm in the Helena Valley. He spent many hours fixing farm equipment for himself and neighbors.

Andy was very talented with his gifts for mechanics, carpentry, welding, and electrical work, but his best gift was his family. He had 51 years of marriage to wife, Karleen, three beautiful daughters and 11 special grandchildren that he loved dearly. Andy was a rough, tough cowboy type but with many years of failing health, he became a very kind and gentle person. In his final days, the spiritual gifts of generosity, patience, thankfulness and love for others became very evident. These gifts developed with a personal relationship with the Lord when he accepted the free gift of salvation and forgiveness of sin.

Andy realized that God was in control as he endured many episodes of critical illness. He wanted to thank all the special people who cared for him over the years in the Great Falls and Helena dialysis units. Special thanks to Drs. Rosenbaum, Parambi, Paustian, Pincomb and LaClair

Andy was a preceded in death by his father, Robert Anderson. He is survived by his mother, Lillian Anderson of Great Falls, his wife, Karleen, daughters Karla (Ross) Butcher, Lisa (Brooks) Hammel, and Lana (Jasan) Moyer. He is also survived by four siblings -- Roberta (Keith) King, Robert (Alice) Anderson, Wanda (Chuck) Pfrimmer and Larry (Liz) Anderson -- along with his 11 grandchildren and many aunts, uncles, nieces, nephews and cousins.

A Funeral Service was held Thursday, Jan. 24, 2019 at the Augusta Community Church in Augusta. Burial with Military Honors followed the service at the Augusta Cemetery. Memorials can be made to the St. Peters Dialysis Unit and Hospice of St. Peters c/o St. Peter's Hospital, 2475 Broadway, Helena, MT 59601.

Please visit www.aswfuneralhome.com to offer a condolence to the family or to share a memory of Andy.