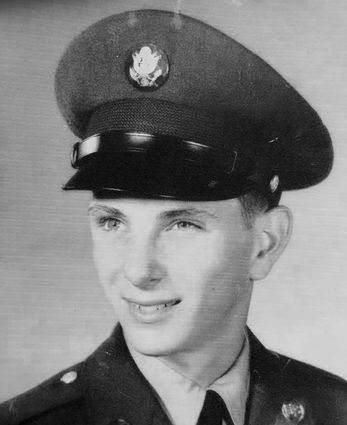 Jack John Stearns began his journey to Heaven Dec. 6, 2018 surrounded by his loving family as he set out on his new adventure.

Cremation has taken place at Croxford's Funeral Home, Jack's celebration of life which will be May 11 at 1 p.m. at the Lincoln Community Hall in Lincoln Mont. Jack was 77 years old.

Jack was born April 9, 1941 in Moorehead, Minn. to Iron and Mable Ingalls.

Jack joined the Army in February of 1959 and was stationed at Fort Knox, Ky. as a Tracked Vehicle Mechanic; he was later transferred to Fort Lewis, Wash. as a Wireman. Jack was awarded his Sharpshooter (Rifle) and Marksman Carbine Caliber 30.

Jack moved to Lincoln in 1964 and married Judy Kay Morris, they had three children and later divorced.

Jack was active in the Lincoln Fire Department as well as the Lincoln Ambulance for more than 20 years. He prided himself in helping others.

Jack was an amazing supporter of the Lincoln High School where he could be seen at most all sporting events cheering on his Lynx. His hobbies included working on cars, collecting rocks and his love which was restoring old cars. Jack took pride in taking these cars from scrap to beautiful automobiles, ensuring each of his three children would have one of them after his passing.

Jack loved to travel, going fishing in Alaska or visiting his sister in Minnesota each summer. He was always driving the backroads of Lincoln looking for rocks or his hand made walking sticks.

One of Jacks most meaningful events in his life is when he attended the "Helena Walk to Emmaus". He talked of this event often and he did this even for years afterwards

Jack is survived by his three children, Lauri (Kevin) Grantier of Lincoln; Kathy (Tommy) Cocherham of Columbia Falls; and Tom (Sherry) Stearns of Great Falls. Jack had seven Grandchildren and four Great Grandchildren. His sister Janice Wetterhahn of Michigan and a step brother Neil Ingalls of Texas, as well as numerous nieces and nephews. Jack was preceded in death by his Mother and Father and many life long fiends.

Jack's life was an extraordinary example of love and family. He has been the example of a life well-lived that will forever be in the minds and hearts of all who knew him.