The Hunt Goes On 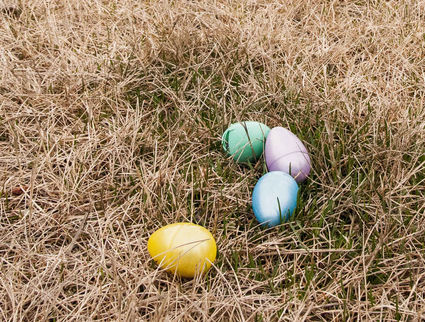 Traditionally, the annual Easter Egg Hunt is held for kids in Lincoln at Hooper Park. In these times of social distancing, it's not safe to hold the hunt in its traditional form so a new variation will be in effect for this year. Instead of kids going to the hunt, the hunt will go to them, in a manner of speaking.

Thanks to the Lincoln Volunteer Fire Rescue, the Powerhouse Gym and a few local volunteers, pre-filled Easter eggs will be available to families who would normally have participated in the hunt. Rather than a large group hunt, families will have the opportunity to have private egg hunts in their own yards.

Pre-filled Easter egg packs will be available for pick up at the Community Hall this Friday, April 10, from 3-6 p.m. on a first-come, first-served basis, to parents of children 6th grade and younger. One pack per child in each household will be distributed. If any parents are not able to pick up during the scheduled time, they can call Tammy Jordan at 633-0073 to make alternate arrangements.

An announcement is also being sent to school families via email so parents should watch their email for information as well.