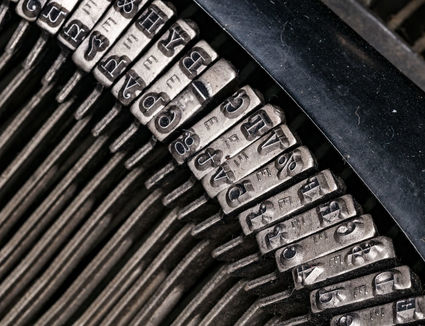 After reading last week's guest opinion in BVD Viewpoints I felt compelled to share some of my own viewpoints along with a few facts...the first opinion being that its title should have read THREE kinds of persons under the Constitution.

Karen Frank-Plumlee failed to mention the Labor Unions. The Supreme Court ruling on Citizens United (which is said to have fueled the rise of super PACS) also allowed equal footing for Labor Unions. Last I checked, Labor Unions are unable to vote in elections but have definitely contributed a LOT of money to Federal Elections...predominately to Democrats. Just as an example, figures updated in 2016 showed that the Service Employees International union contributed $151,363,767 to Democrats and $16,941,296 to Republicans of which Barak Obama received $84,792,534. United Auto Workers contributed $50,725,777 to Democrats and $1,718,982 to Republicans. (96% to Dems) and of that Barak Obama benefitted to the tune of $13,370,148. You can check unionfacts.com and get a full listing of all union contributions. While I too would like to see the super PACS and lobbyists disbanded, it's only fair to acknowledge that Democrats and Republicans alike have benefitted from the controversial ruling and it was disingenuous to leave out such a critical aspect of the ruling.

I am not going to use the same broad brush in listing my opinion of what Democrats are and aren't. However, I will take that brush and use it to say that there are an overwhelming number of Republicans that also support worker's rights, along with the rights of small business owners and entrepreneurs. Republicans as well support strong education for all...whether it be the public school system, private schools, or charter schools. As far as Supreme Court appointments, the Republicans have done a great job of finding Justices that follow the rule of law and refuse to legislate from the bench. Just this year there were Supreme Court decisions made by 'conservative' justices that disappointed many Republicans.

Now I'm going to get fired up. Montana IS a state of strong individuals; it has a long tradition of strength, resiliency, and conservative values. I am appalled and angered by the inference that if Montana leans Republican, it must not have strong individuals. Do you know that at one tpoint Montana was actually considered a swing state which reflects the independent nature of its citizens that vote policy not party. Let us also remember that the FIRST WOMAN voted into Congress was REPUBLICAN Jeannette Rankin of Montana in 1916! I suspect she was a very strong individual.

he accusation of Republicans using 'misinformation' about emotional issues like abortion and gun control can just as easily be hurled the other way. I am particularly interested in how health care for all and a livable wage would effectively END abortion. Drawing a nexus between these is a leap Evel Knievel wouldn't even attempt. Planned Parenthood provides free birth control and low-cost prenatal care along with free or low-cost abortions and there are still hundreds of thousands of women who opt for abortion vs adoption. Additionally, I venture to say that most Republicans are very interested in hearing practical recommendations to ending the shooting of innocent people while still protecting the second amendment. It is the Democratic leadership's predictable and immediate call for gun control in response to a shooting that sends everyone back to their own corners with no hope of working together. I am quite sure that no gun law would have prevented the attempted murder of those two Compton, CA police officers any more than it has prevented the weekly shootings in Chicago. It is respect for ALL life that needs to become the focus.